Movie Story: A close look behind the scenes, between late March and mid-October, 2008: we follow Richard Fuld’s benighted attempt to save Lehman Brothers; conversations among Hank Paulson (the Secretary of the Treasury), Ben Bernanke (chair of the Federal Reserve), and Tim Geithner (president of the New York Fed) as they seek a private solution for Lehman’s; and, back-channel negotiations among Paulson, Warren Buffet, investment bankers, a British regulator, and members of Congress as almost all work to save the U.S. economy. By the end, with the no-strings bailout arranged, modest confidence restored on Wall Street, and a meltdown averted, Paulson wonders if banks will lend. 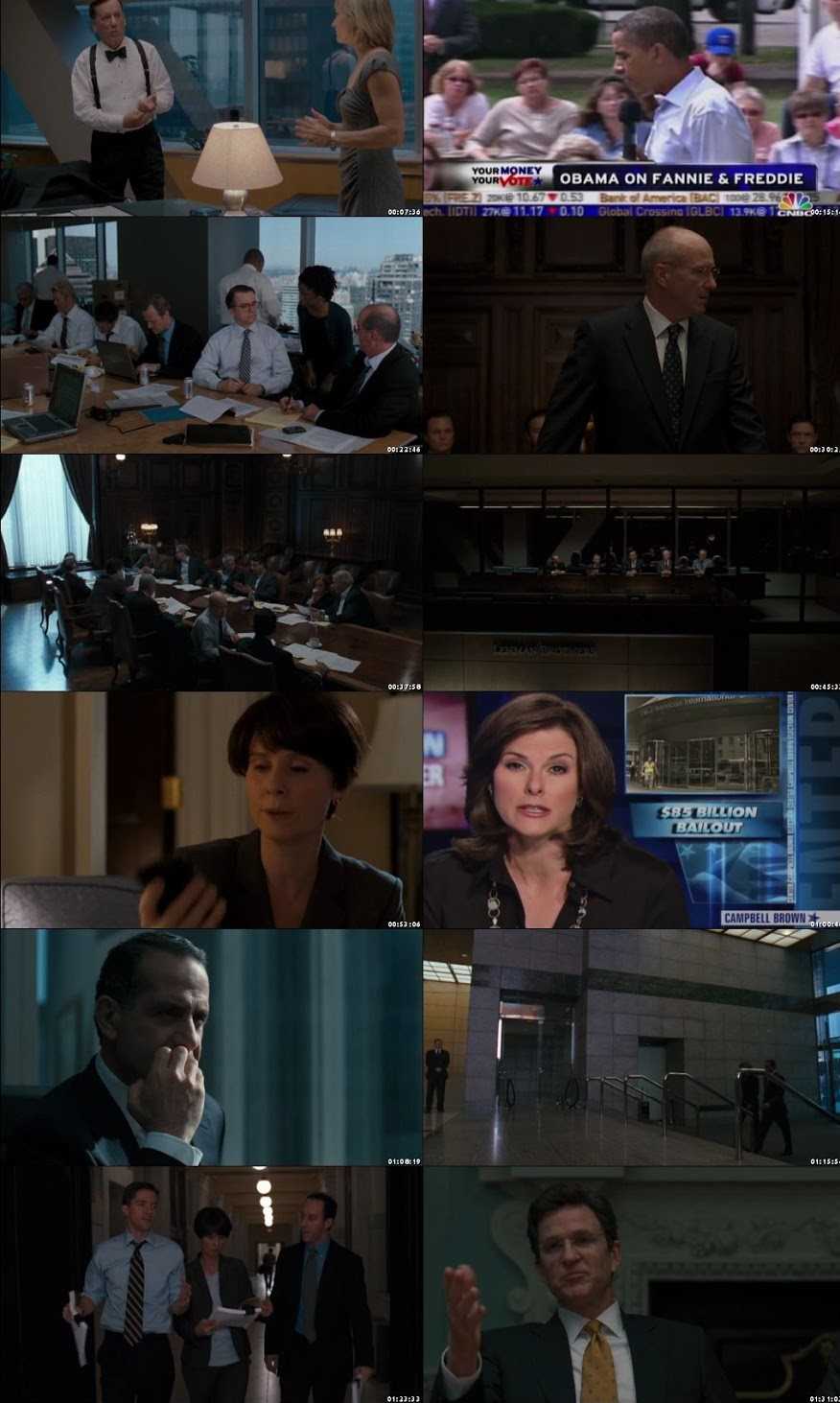