Movie Story: Ash is transported with his car to 1,300 A.D., where he is captured by Lord Arthur and turned slave with Duke Henry the Red and a couple of his men. When Ash is thrown into a pit, he defeats two monsters and wins the respect of Arthur’s army and vassals. The Wiseman points Ash as The Chosen One that will retrieve the Necronomicon but Ash is only interested in returning home. When he learns that the only way to return to his time is using the Necronomicon, Ash decides to travel to the unholy land of the Deadites. The Wiseman advises that he must say the words “Klaatu Barada Nikto” to safely get the evil book. However, Ash forgets the last word and an army of the dead resurrects to attack Arthur fortress and recover the Necronomicon. The battle between the living and the dead is about to start and the support of Henry the Red is the only way to help Ash and Arthur to defeat the army of darkness. 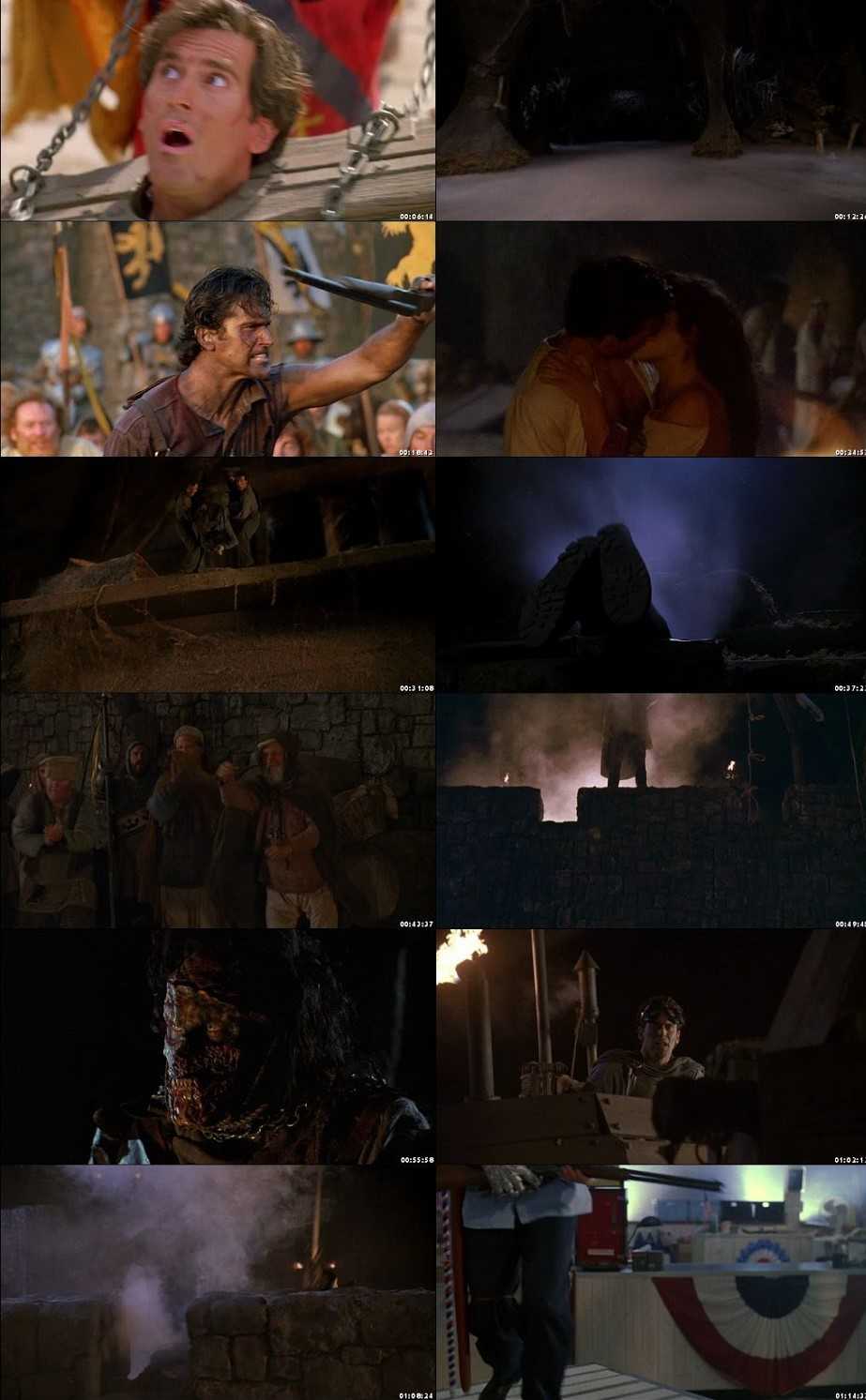